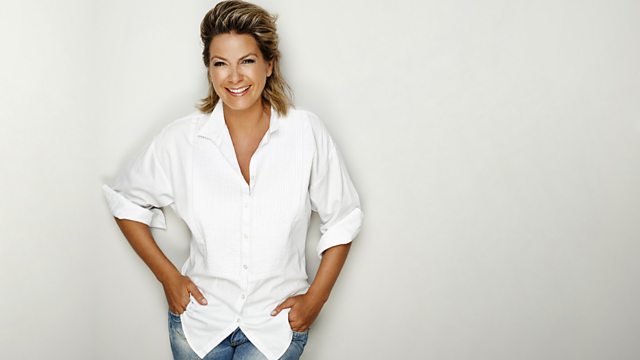 Penny Smith talks to author Gyles Brandreth about his love of Oscar Wilde in what would have been his birthday week. In Gyles's latest novel; Oscar Wilde and the Vatican Murders, Oscar Wilde's powers as a detective are put to the test in his most compelling case so far.

Father Ted and The IT Crowd creator Graham Linehan, and actor James Fleet, tell us about bringing classic film comedy The Ladykillers to the stage. The 1955 film, one of the most famous releases from Ealing Studios, starred Alec Guinness and Peter Sellers. The theatre version will feature The Thick Of It's Peter Capaldi, comedian Ben Miller and James Fleet, who played Hugo in The Vicar of Dibley. It opens at the Liverpool Playhouse in November before moving to the West End. The story follows a group of criminals who rent rooms in the house of an unsuspecting old lady.

Curator Lesley Millar and renowned textiles artist Michael Brennand Wood tell us about their passion for lace as the Birmingham Museum and Art Gallery hosts Lost In Lace - a new contemporary craft exhibition exploring the relationship between lace and space through site-specific installations.

Plus Xan Brooks reviews this week's film releases and Sue Steward has the latest from the world of photography.