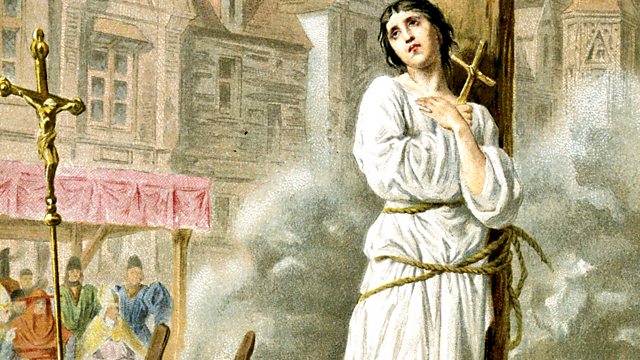 An adaptation of Shaw's play dramatising the life and trials of Joan of Arc, for which he won the Nobel Prize for Literature in 1925.

It would be unthinkable not to include a new production of Saint Joan in Radio 3's Conviction season, which features new plays and classic drama about people with unwavering and uncompromising beliefs - and the consequences for those around them.

Shaw's Saint Joan is the embodiment of absolute conviction. Given, as she believes, a divine mission to lead the French to victory and nationhood, she is also divinely forbidden to shed a single drop of blood. Her only weapon is her belief, and the courage it puts into those around her. In Joan, Shaw presents us with a character of remarkable talent and unshakeable faith - but no grace - and reveals her fate at the hands of normal men and women who, as Shaw notes, do what they find they must do, in spite of their best intentions. Joan's convictions are contagious. They make her an unstoppable force. They also lead her to destruction. 'There were only two opinions about her', Shaw observes in his preface to the play, 'One that she was miraculous: the other that she was unbearable.'

Joan of Arc was canonised in 1920, a fact which galvanised Shaw to complete the play with which he had long been toying. A humane masterpiece, full of comedy, outrage, satire and anger, it examines the seismic changes in medieval society of which Joan was a precursor, for an audience themselves struggling with a shocking new post-war order. An immediate success, the play restored Shaw to universal popularity, helping him to the Nobel Prize for Literature in 1925, as the Academy observed, "for his work which is marked by both idealism and humanity, its stimulating satire often being infused with a singular poetic beauty".

The music is taken from 'The Armed Man: A Mass for Peace', by Karl Jenkins.