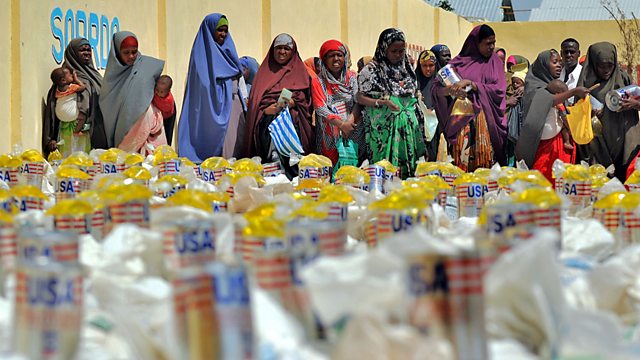 The government is committed to protecting the aid budget. Frances Cairncross asks whether a more relaxed policy on economic migration might help the developing world more.

Despite a general policy of austerity and cut backs, the budget for development aid has been ring fenced by the coalition government. Frances Cairncross asks whether a more relaxed immigration policy might be a better way for the UK to help the developing world.

The official aid budget is dwarfed by a private form of help for the developing world: remittances sent home by immigrants working in richer countries.

So should governments keen to help the developing world encourage migration and remittances as a replacement for state-funded aid? "They have the key advantage that the people who send them know the people who are supposed to be receiving them... There's less opportunity for corruption and for waste... and they might have lower overhead costs," argues Owen Barder of the Center for Global Development.

Frances Cairncross, rector of Exeter College, Oxford and former managing editor of The Economist, explores the limits of this free market alternative to state-funded development aid.

Onyekachi Wambu
From the African Foundation for Development, or AFFORD