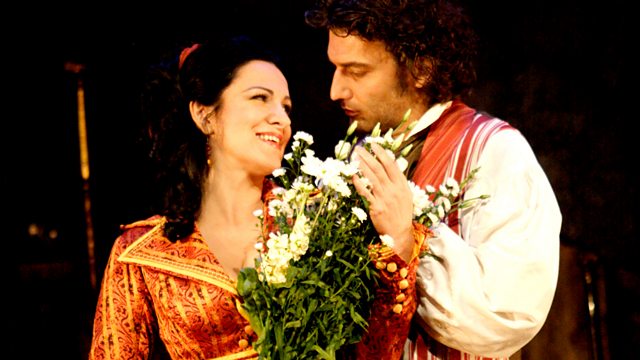 Another chance to hear Puccini's Tosca recorded in 2011 - Jealousy, torture, murder and suicide: the path of true love certainly produces a bumpy ride.. It's a work that can make for a compelling night at the theatre. But when, as here, you get a cast, conductor and orchestra all at the top of their game, it is positively overwhelming. Three of the great operatic performers of our time are united: Angela Gheorghiu sings the title role, Jonas Kaufmann is her lover Cavaradossi, and Bryn Terfel is that menacing embodiment of sadistic evil, Baron Scarpia. Antonio Pappano conducts. Not to be missed.
Presented by Suzy Klein in conversation with William Ward who puts Tosca's Rome setting in context.