Schedule
BBC Radio 4
A View Through a Lens
Main content 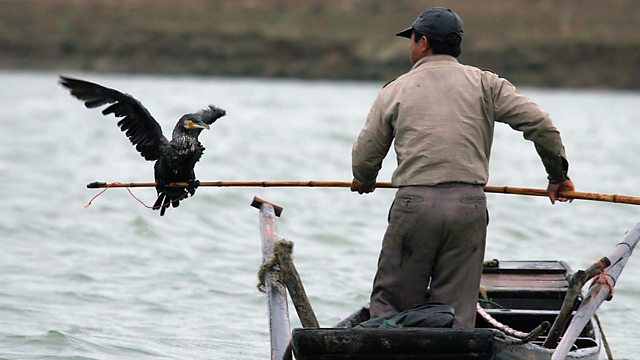 A View Through a Lens Series 3
Episode 2 of 5

From his hide, wildlife cameraman John Aitchison watches prairie chickens dance on the grasslands of Texas, accompanied by their own extraordinary booming calls.

Wildlife cameraman John Aitchison often finds himself in isolated and even dangerous locations across the globe filming wildlife, and in this series he reflects on the uniqueness of human experience, the beauty of nature, the fragility of life and the connections which unite society and nature across the globe.

2/5 Funky Chickens:
Wildlife cameraman John Aitchison travels to Kansas, land of the prairies, the wild west and, as John discovers, some funky chickens. Under the cover of darkness, and after checking for rattle snakes, John crawls into his hide and waits. A strange sound, rather like that produced when you blow across the top of a bottle, begins to fill the air. The chickens are coming! Prairie chickens are a type of grouse, short-legged and dumpy. Their bodies are striped pale yellow brown and black, so they are well camouflaged in the long grass. Male birds gather in groups called leks and compete with one another to attract a female by engaging in an elaborate display; a kind of dance. First, long feathers rise up from the neck, revealing orange patches of skin on either side of the throat. Combs of orange inflate above their eyes. They drop their wings to the ground, shake their heads and inflate their orange throat patches. And then the birds begin to boom, and drum their feet. From his hide John watches this bizarre and hilarious performance. And then a bird flies up and lands on the roof of his hide, and begins to drum his feet! Now John feels he is really part of the crowd!

See all episodes from A View Through a Lens