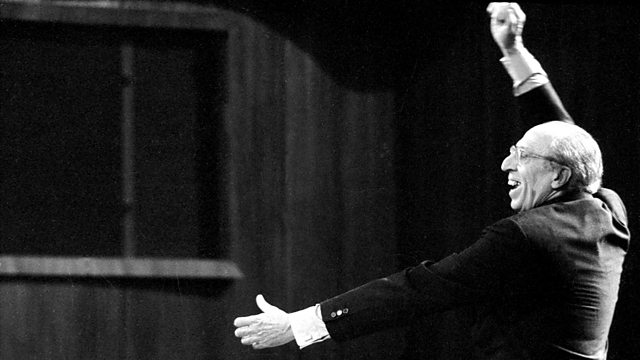 Page to Performance Series 3
Episode 2 of 2

Lowri Blake meets orchestral musicians to talk about Aaron Copland's musical portrait of Billy The Kid and the challenges they face in performance.

Musicians talk about the challenges they face as they prepare to perform a piece from the orchestral repertoire.

This week it's one of American composer Aaron Copland's most lively and dramatic scores as he portrays in music the life and death of Billy The Kid. Lowri Blake meets musicians from the Royal Philharmonic Orchestra who enjoy all the challenges that this theatrical score offers.

Adding his own expertise to the programme is the Music Director and Conductor of the Seattle Philharmonic Orchestra Adam Stern, an enthusiast for Copland's music. He shows how Copland evokes the wide open spaces of the American prairie as well as the rough and tumble of life in the Wild West. In his portrayal of a frontier town Copland uses old cowboy songs to help him weave the atmosphere, and the story leads up to a dramatic gunfight, with drums and trumpets illustrating the ricochet of shots as Billy faces the posse and they haul him off to jail.

The percussionist Alasdair Malloy describes how the bass drum, timpani and snare drum are all brought into the thick of the action during the gunfight, while violinist Eric Chapman remembers those endless vistas of his Texan childhood - a canyon, some mesquite trees, the blue sky - so powerfully summoned up by Copland in the first of the three major scores which evoked the time when American pioneers were heading West.

See all episodes from Page to Performance