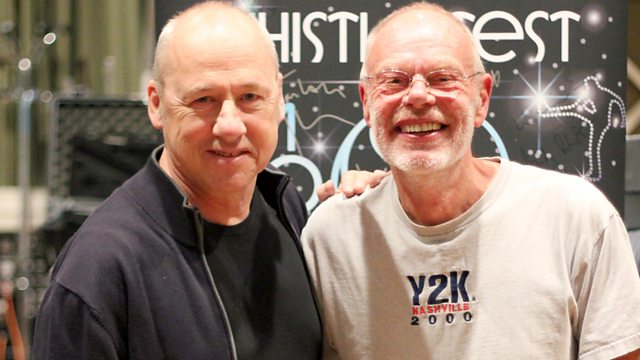 Bob Harris continues to celebrate the 40th anniversary of the classic TV show with session tracks from Randy Newman, plus he talks to Andy Partridge and Mark Knopfler.

Bob Harris continues to celebrate the classic music TV show. Each programme looks at one complete series of the original Old Grey Whistle Test and includes archive recordings alongside new interviews and recorded sessions with guests from the featured series.

Programme seven includes session tracks from Randy Newman and John Otway, who also talks to Bob about the seminal Whistle Test performance of Really Free. Andy Partridge of XTC is in the OGWT40 studio with his memories of his band's debut performance on the programme, and rounding off this week's guests is Mark Knopfler recalling the rise of Dire Straits.

The featured archive material includes XTC's Statue Of Liberty, Carly Simon and James Taylor with a duet recorded in Martha's Vineyard, The Paul Butterfield band at the Bearsville picnic and Patti Smith with her biggest UK hit Because The Night.