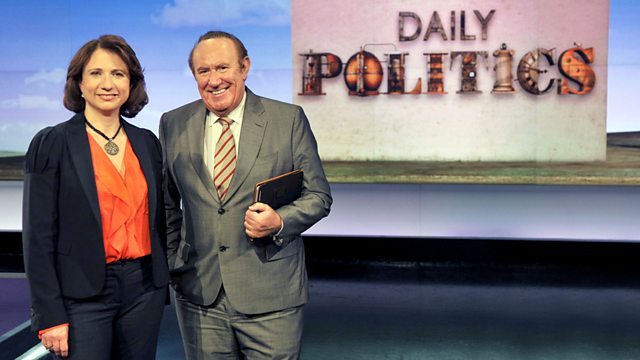 Andrew Neil and Jo Coburn have live coverage of Prime Minister's Questions and the top political stories of the day.

There is more gloomy news on the economy with an extra 80,000 people out of work. The deputy prime minister says he has a plan, though, but can it deliver growth?

The unions are spoiling for a fight over pensions with ballots for strike action this autumn.

The shrinking British house: houses are being built up to a third smaller than the recommended size but what is the housing minister going to do about it.

And why do things always taste worse with the bad stuff taken out? What has happened to Houses of Parliament sauce?

With Andrew and Jo through the show are the shadow Olympics minister Tessa Jowell and the housing minister Grant Shapps. And they also look at climate change and energy bills with Matthew Sinclair of the TaxPayers' Alliance.

See all episodes from Daily Politics