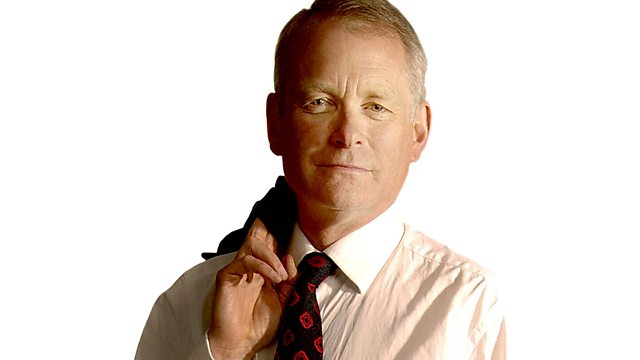 5. In Which Mr Layland Tells the Truth

Paul Temple A Case for Paul Temple
Episode 5 of 8

Paul and Steve hot-foot it to the coast in pursuit of a gang. Rebooted 1946 mystery. Stars Crawford Logan and Gerda Stevenson.

Hot on the heels of the Valentine gang, Paul and Steve set out on a high speed midnight drive to the coast.

In this 2011 recreation of the 1946 vintage crime serial, Paul and Steve brave great danger to reveal the identity of the mysterious West End drug dealer known only as 'Valentine'...

Between 1938 and 1968, Francis Durbridge's incomparably suave amateur detective Paul Temple and glamorous wife Steve solved case after baffling case in one of BBC radio's most popular series. They inhabited a sophisticated, well-heeled world of cocktails and fast cars.

Sadly, only half of their adventures survive in the archives. But in 2006, the BBC began recreating them using original scripts and incidental music, and recorded with vintage microphones and sound effects.

4. In Which Sir Graham Is Surprised—A Case for Paul Temple

6. In Which Valentine Strikes—A Case for Paul Temple