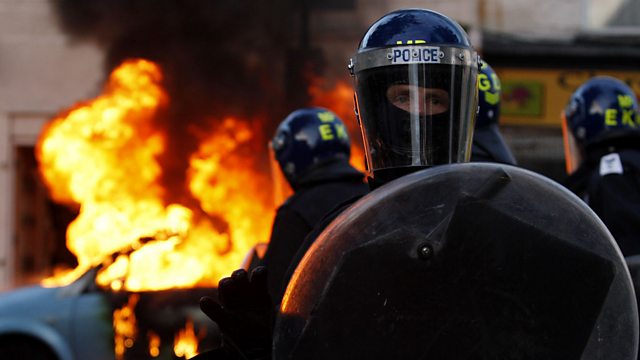 On the topic of riots, philosopher Roger Scruton tells us, 'What needs explaining is why they don't occur, not why they do.' Presenter Jamie Whyte searches for some answers.

This summer's riots provoked much speculation about the factors which prompted so many people to break the law. But philosopher-turned-commentator Jamie Whyte is more interested in understanding why this sort of thing doesn't happen more often. Is it fear of arrest or is it morality that makes most of the people abide by the law for most of the time? In search of the causes of mass civil obedience, Jamie Whyte speaks to leading experts in the fields of philosophy, psychology and anthropology.

Unsure about Sure Start