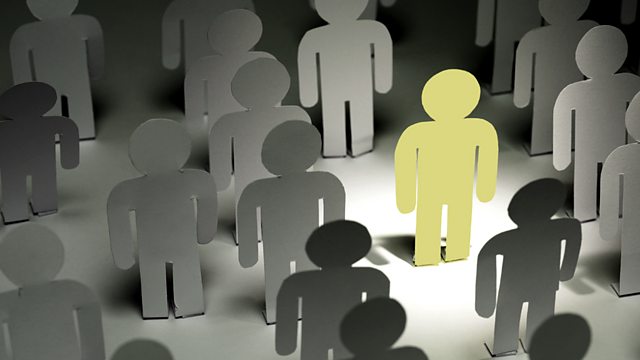 Presenter and singer-songwriter Tom Robinson, who shocked the homosexual community by falling in love with a woman, examines what it means to be bisexual in Britain today.

Tom Robinson was the first rock star to be out-and-proud from the off and in early 1978, at the height of his fame and barely ten years after homosexuality was decriminalised in Britain, he released the song 'Glad To Be Gay'. He put it in the Top 20 and it made him an overnight gay icon - becoming the anthem of the Gay Liberation Front and sung with gusto at Pride festivals all over the country.

But then in the mid 80s something happened which changed Tom's life overnight - he fell in love with a woman! The tabloid press had a field day and he was booed when he appeared on stage at the 1987 London Gay Pride Festival.

In this programme, Tom assesses his own changing attitudes to bisexuality and asks if it's still a bit of a taboo in Britain today?

He hears from men and women struggling to be accepted by both their straight and gay friends and relatives before dropping in on a support group for bisexual people in Birmingham.

Does the extension of LGBT rights really extend to the B in the acronym? The programme hears from Stonewall, the Lesbian and Gay Foundation, from Peter Tatchell and from researchers examining how LGBT Equalities initiatives deal with bisexuality in local government.

Tom finds an often invisible community struggling to be accepted and nervous about being more open.

There's few statistics about the prevalence of bisexuality so Tom's trip to Bristol to hear about some new research into male bisexuality is rather enlightening.

And what of the media? And what do bisexual women think of how they're portrayed?

Tom finishes the programme with his own assessment of society's tendency to put people into neat little boxes as well as the updated version of 'Glad to Be Gay' which references his struggle to be accepted as bisexual.

Producer: Ashley Byrne
A Made in Manchester production for BBC Radio 4.