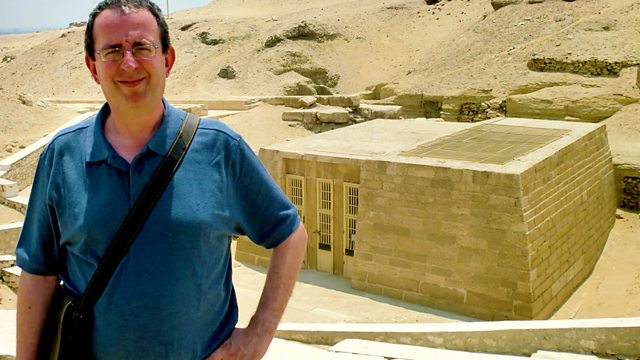 Richard Coles presents a history of homosexuality, focusing on the modern construction of gay identity and its links with the ancient world.

Richard Coles embarks on an excavation of same-sex desire through the ages, starting with the modern construction of gay identity and its links with the ancient world.

Across four programmes and a range of investigations which reach from the UK to India, Egypt, Greece and Native America, Richard discovers a far more complex and nuanced story than one of darkness into light.

In programme one, he confronts the challenges of uncovering such a history given that the idea of 'being gay' is a very modern phenomenon. Richard's quest takes him to Saqqara in Egypt and the contested tomb of two men, Khnumhotep and Niankhkhnum. Some claim the two men were lovers - others say they were twin brothers. He explores the ideas of the 'sexologists' so crucial to the formation of modern gay identity. And he tells the story of Anne Lister, a 19th century Yorkshirewoman who had same sex relationships - but can we actually label her a lesbian?

In programme two, Richard explores the homosexuality of the ancients. He traces the transition from classical celebration to religious repression under the strictures of Christianity, Judaism and Islam.

Part three shifts the focus to the complex relationship between sexuality and gender as Richard surveys the so-called 'third sex' in places such as India, Indonesia, and the ladyboys of Thailand which confounded the understanding of 19th century imperialists.

Richard concludes the series by looking at the globalisation of gay identity. Some theorists argue that western states are now attempting to promote and impose ideas of gay liberation which are alien to the developing world. Richard asks whether this charge of latter-day imperialism is justified.

Episode 2—Out in the World - A Global Gay History