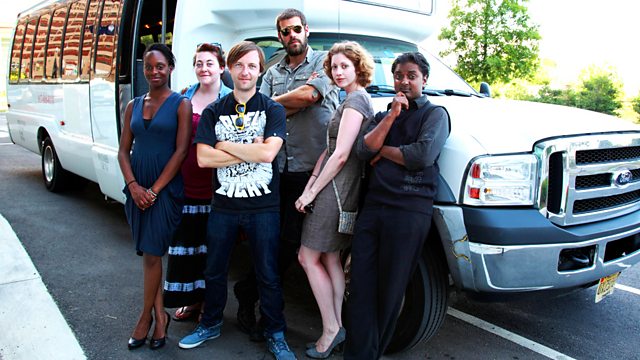 Andrew Maxwell takes five typical young British conspiracy believers on a road trip from New York to Washington to try and tackle the truth about the events of 9/11.

This September marks the tenth anniversary of the 9/11 attacks, one of the biggest terrorist atrocities of the 21st Century. Nineteen hijackers, all members of Al Qaeda, crashed four planes on American soil, leading to the deaths of 2,973 innocent people.

This horrific event has generated a multitude of conspiracy theories that contradict the official findings of the US government's investigation into the events of that day.

Andrew Maxwell, a comedian, believes in the findings of the official investigation, which claim the responsibility for the attack lies with Osama bin Laden and Al Qaeda. He thinks the conspiracies theories are unsubstantiated nonsense. So in this film he offers to take five young Brits, who believe some of these conspiracy theories, on a road trip from New York to Washington. They visit Ground Zero where two planes hit the Twin Towers, the Pentagon, home of vast American defence HQ and Shanksville in Pennsylvania where United 93 crashed.

Each of them believes different elements of the conspiracy theories. Charlotte, a North London nanny who witnessed the attacks, thinks the American government is responsible. She can't believe the hijackers, barely out of flying school, could have steered jetliners into the Twin Towers with such deadly accuracy. Rodney a health worker who studied biochemistry suspects the collapse of the towers was not caused by the planes that went in to them and he wants to get to the bottom of the science. Student Emily, an active member of the 9/11 Truth Movement, thinks the US government was forewarned of the attacks and yet ignored the intelligence allowing it to happen. Shazin wants to find out how the passengers on United 93 could have made phone calls to loved ones from a plane. And Charlie, an ex-banker thinks 9/11 was an excuse for the US Government to go to war with Iraq.

Andrew Maxwell thinks all five of them are wrong and wants to change their minds by confronting them with the facts. So as the bus criss-crosses the east coast of America he tries to convert them to his point of view. He wants to prove to them that 9/11 was no conspiracy and that sometimes the truth, whilst not easy to accept, is staring you right in the face. In order to do so, he takes them to meet experts, the chief air traffic controller on the day, demolition specialists, voice morphing engineers and he gets them to conduct scientific experiments and even fly an aeroplane.

Finally they meet a mother who lost her son, to listen to her account of what it was like to live through this monumental tragedy. Andrew believes it is easy to judge world events from the safe distance of a computer screen in your bedroom but not easy when you are brought face to face with the real human stories behind them.

Andrew Maxwell fights an exhausting battle for the truth and in his mission to convert his fellow travellers there are rows, falling-outs and tears. But there are also moments of tenderness, empathy and warmth.