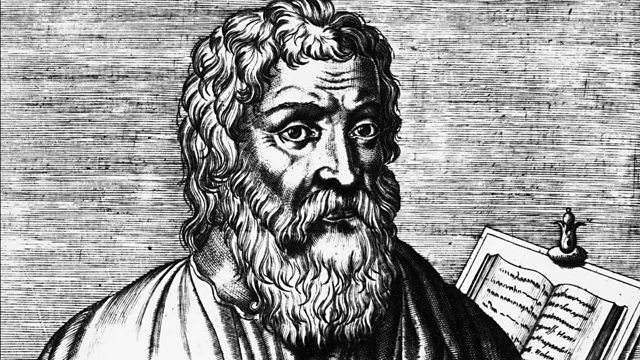 Melvyn Bragg and his guests discuss the Hippocratic Oath, the most celebrated text in Western medicine.

Melvyn Bragg and his guests discuss the Hippocratic Oath. The Greek physician Hippocrates, active in the fifth century BC, has been described as the father of medicine, although little is known about his life and some scholars even argue that he was not one person but several. A large body of work originally attributed to him, the Hippocratic Corpus, was disseminated widely in the ancient world, and contains treatises on a wide variety of subjects, from fractures to medical ethics.Today we know that the Hippocratic Corpus cannot have been written by a single author. But many of its texts shaped Western medicine for centuries. The best known is the Hippocratic Oath, an ethical code for doctors. Celebrated in the ancient world, and later referred to by Arabic scholars, it offers medics guidance on how they should behave. Although it has often been revised and adapted, the Hippocratic Oath remains one of the most significant and best known documents of medical science - but there is little evidence that it was routinely sworn by doctors until modern times. With:Vivian NuttonEmeritus Professor of the History of Medicine at University College LondonHelen KingProfessor of Classical Studies at the Open UniversityPeter PormannWellcome Trust Associate Professor in Classics and Ancient History at the University of WarwickProducer: Thomas Morris.