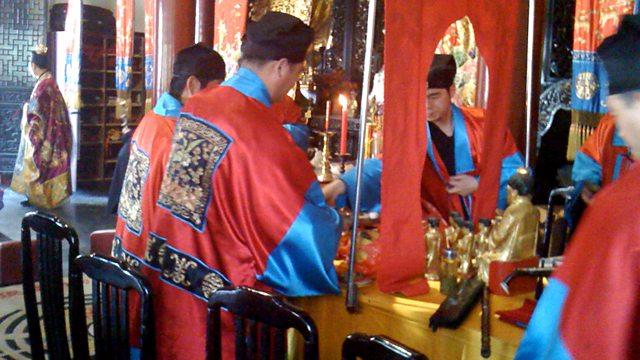 God in China
Episode 3 of 3

Christianity and Catholicism are seen as separate religions in China. They are treated differently to the three official religions, partly because they are still seen as Western.

35 years after the Cultural Revolution, another revolution is sweeping across China. As the Communist Party seeks to address the effects on Chinese society in becoming manufacturer to the world, combined with rampant consumerism and its own one child policy, it is turning to religion to fill the void.

In this 3 part series, Tim Gardam, Principal of St Anne's College, Oxford, travels through this vast nation of 1.4 billion people, to explore the role of "God in China".

Christianity & Catholicism are seen as separate religions in China. They are also treated differently to the other 3 official religions, partly because they are both still seen as Western. However, Chinese Christianity is exploding: China will soon become the largest Christian country on earth. The authorities are nervous. In this last programme Tim Gardam explores why & meets members of both the official and underground church.

See all episodes from God in China