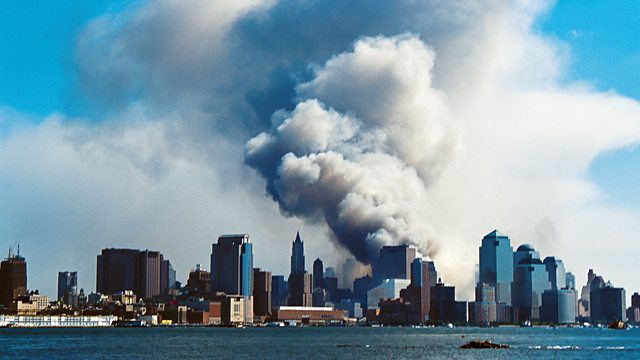 A reflective anthology considering the impact of 9/11, ten years on. Personal reflections - past and present - are combined with news archive. Presented by Abdul-Rehman Malik.

A reflective anthology which considers the impact of 9/11, ten years after events in Manhattan stopped the world in its tracks. Sound tracked by music from across the genres, Faith And 9/11 combines personal reflections - past and present - with news archive.

Journalist and Pause For Thought contributor, Abdul-Rehman Malik guides listeners through the montage, which includes an interview given to the BBC by the Archbishop Of Canterbury, Rowan Williams, shortly after the terrorist attacks.

Contributors include the architect, Michael Arad, who witnessed the attack from the roof of his apartment and won the competition to design the World Trade Centre Memorial; former Poet Laureate Sir Andrew Motion, who has written a new poem reflecting on the events of 9/11; Major Molly Shotzberger, who was the Salvation Army Grief Counsellor stationed at Ground Zero; and Elizabeth Turner, author of The Blue Skies Of Autumn, who was seven months pregnant when her husband died on a business trip to the World Trade Centre.