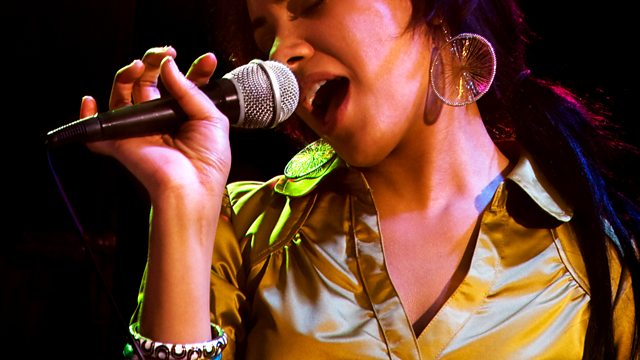 Am I Tone Deaf?

Sathnam Sanghera asks is being tone-deaf a medical matter or simply a lack of training? Can the brain be 're-tuned? From 2011.

If you are 'tone-deaf' can your brain be 're-tuned' by singing lessons? Author and journalist Sathnam Sanghera has spent his life miming to songs. Like one in 15 of us, he believes he is tone deaf. But is he?

In this programme, he braves both scientific testing and singing lessons in the hope of finding his voice. Vocal coach Heather Mair Thomas believes that whatever the diagnosis, she has ways of making him sing. But will doctors who argue that congenital tone deafness cannot be cured by training alone eclipse her optimism?

As Sathnam navigates his way between science and song, he will meet key experts who are dedicated to exploring the scientific highs and lows of tone deafness.
For the past decade, neurologists have developed a number of techniques aimed at identifying the root cause of 'amusia' known more commonly as tone deafness.

If they can understand more about this relatively common condition it will help them to understand more complex neurological disorders that can affect speech or sound perception.

Sathnam will also take on board the 'sound advice' that fellow sufferers have to offer. Retired Reverend Jim Cross was occupationally obliged to lead his church in song, however, his congregation gave him special dispensation to simply say the lines aloud following his diagnosis of 'amusia'.