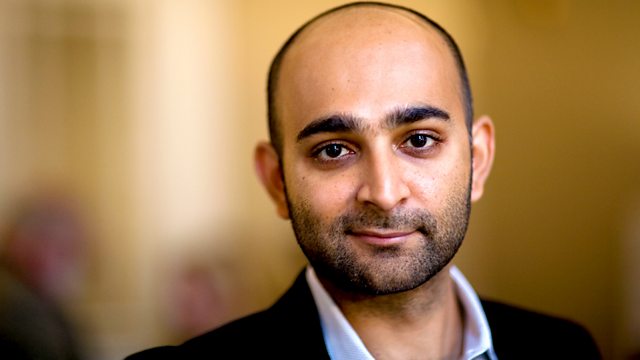 Mohsin Hamid talks to James Naughtie and readers about his bestselling book The Reluctant Fundamentalist.

Mohsin Hamid talks to James Naughtie and readers about his bestselling book The Reluctant Fundamentalist. This edition of Bookclub will be broadcast just two days after the novel has been featured as Radio 4's Book at Bedtime, and it's a timely choice as we approach the tenth anniversary of 9/11.

Shortlisted for the Man Booker Prize in 2007 The Reluctant Fundamentalist is a sparse, gripping, short novel that tackles the complex issues of Islamic fundamentalism and America's 'war on terror' with sympathy and balance.

It's the story of Changez, a high-flying young Pakistani man living in New York at the time of the attacks, whose life is turned around on that day, and who in the aftermath returns to his native Pakistan.

Changez tells his life story to an unnamed stranger, an American man, at a tea house in Lahore. Readers may recognise the same device was used by Albert Camus in his novel The Fall - and Mohsin Hamid acknowledges the debt to the French novel.

As night falls, the tension grows between the Changez and the American and a sense of mystery and suspense grows page by page. Who is this American? Is he a spy? Does he have a gun in his pocket, and what exactly has the 'reluctant fundamentalist' come to believe? This novel has one of the most ambiguous endings in contemporary fiction and readers will be telling Mohsin Hamid how they think it finishes.