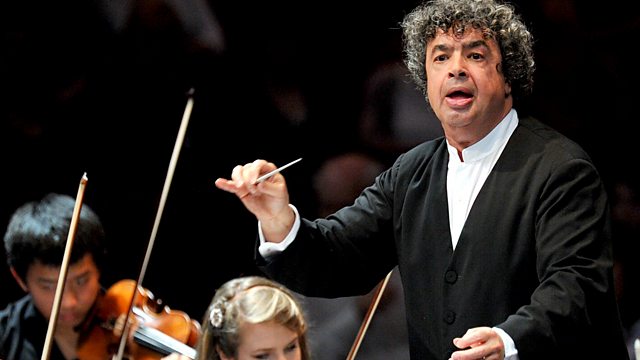 A Prom in which Semyon Bychkov conducts the BBC Symphony Orchestra. Strauss: Burleske (Kirill Gerstein - piano). Mahler: Symphony No 6 in A minor.

From the Royal Albert Hall, London

In Semyon Bychkov's second Prom this season, he conducts one of Mahler's most perfectly realised works, 'the only Sixth, despite the "Pastoral" ', in the words of Alban Berg. This is music of exceptional range and power, whose hammer-blows seem to portend the crises in Mahler's own life and the wider world. The curtain-raiser is a mini-concerto with echoes of Brahms and Liszt, especially in its treatment of the piano.Kirill Gerstein, an exceptional artist with roots in jazz as well as the classics, makes his first Proms appearance in the main hall.

R. Strauss: Burleske
Mahler: Symphony No. 6 in A minor