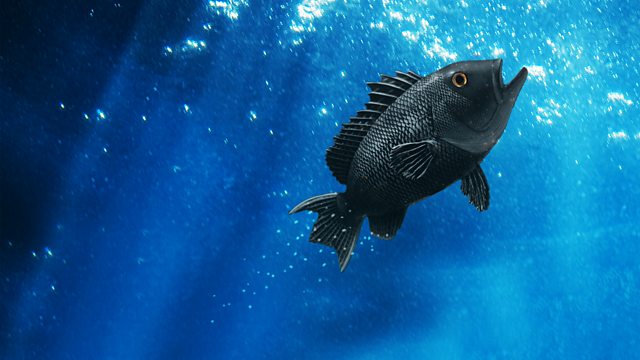 Journalist Negar Esfandiary looks inside the covers of her favourite childhood book from Iran and discovers a powerful political allegory that's reverberating to this day.

Journalist Negar Esfandiary looks inside the covers of one of her favourite childhood books from Iran and discovers that the delightful tale of a little fish that leaves its little pond to swim to the sea is actually a powerful political allegory - one which caused major ripples which still reverberate to this day.

The story was written in 1967 by a school teacher called Samad Behrangi from the Azeri community in northern Iran and was strikingly illustrated by Farshid Mesghali (who won the Hans Christian Andersen award for it in 1974). It tells of a little black fish who defies the rules of her community to leave her pond in order to discover what lies beyond. As she travels along the river encountering other creatures, she learns many things and faces down her fears. As she reaches the sea she performs one final heroic act and experiences the euphoria of freedom, before meeting an untimely death. Samad Behrangi drowned in 1968 aged only 29; some believed his death to be a murder by the secret services but those close to him say it was just a tragic accident. The book became a huge success and has inspired generations of political activists. The story was quoted by Kurdish teacher Farzad Kamangar on the eve of his execution last year.

Hedayollah Soltanzadeh, a friend of the author says The Little Black Fish was the story of his generation and the symbolism used by Samad Behrangi to disguise his political message in a time of tight censorship was well-understood. Composer Mehran Rouhani was so inspired by the story that he composed a symphonic poem which was performed in London by the Wandsworth Symphony Orchestra in 2007.