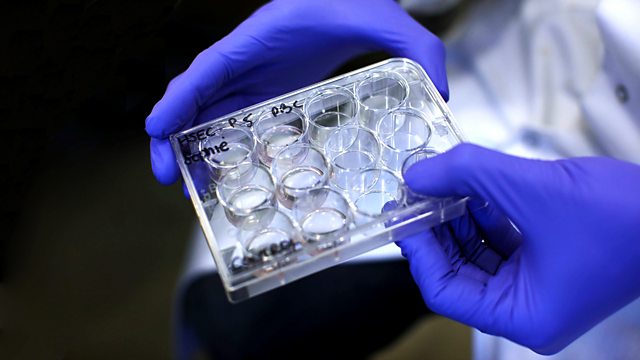 What stops innovation in the NHS? As evidence stacks up for ideas like insulin pumps for diabetics and screening to prevent blood clots in surgery - why aren't they being used?

On average it takes 17 years between the time a medical discovery is made and the time that it's put into wide use. Why does it take so long? Some of the reasons include regulatory requirements, established practices, professional jealousy and a fear of failure. The programme explores these barriers but also the way that patient advocacy groups and even the Department of Health are now overturning them in order to bring research more quickly to the people who need it most.

Vivienne Parry talks to eminent surgeon Professor Lord Ara Darzi about his passion for innovation - and how it can sometimes go too far, creating must-have operations that aren't necessarily the best treatment for the individual patient. She hears from consultant orthopaedic surgeon Andy Goldberg, the Founder of the Medical Futures Innovation Awards Ltd, who has raised several million to fund Europe's largest showcase of early stage innovation in healthcare.

The Director of the Wellcome Trust, Professor Mark Walport, meets Vivienne at the building site of the Francis Crick Centre for Innovation - where it's hoped tomorrow's innovators will be nurtured and supported. We hear from one innovator who has produced new hoist and bed designs. He believes to overcome the barriers in the way of your products being adopted you should start by asking hospital staff what they would like to use and taking their comments on board.