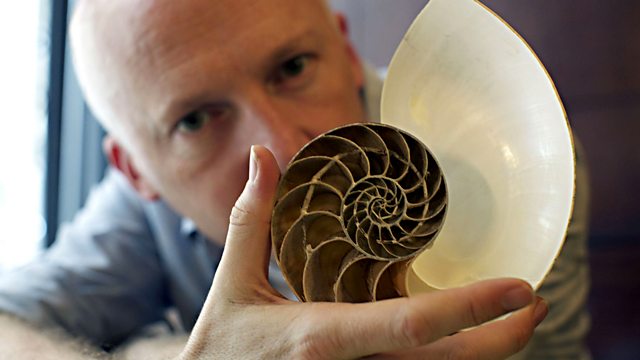 Marcus du Sautoy contines exploring the numerical code that underpins nature. He discovers what the code can say about the future, starting with the lunar eclipse.

Marcus du Sautoy continues his exploration of the hidden numerical code that underpins all nature. This time it's the strange world of what happens next. Professor du Sautoy's odyssey starts with the lunar eclipse - once thought supernatural, now routinely predicted through the power of the code. But more intriguing is what the code can say about our future.

Along the path to enlightenment, Marcus overturns the lemming's suicidal reputation, avoids being crushed to death, reveals how to catch a serial killer and discovers that the answer to life the universe and everything isn't 42 after all - it's 1.15.

See all episodes from The Code

See all clips from Prediction (5)