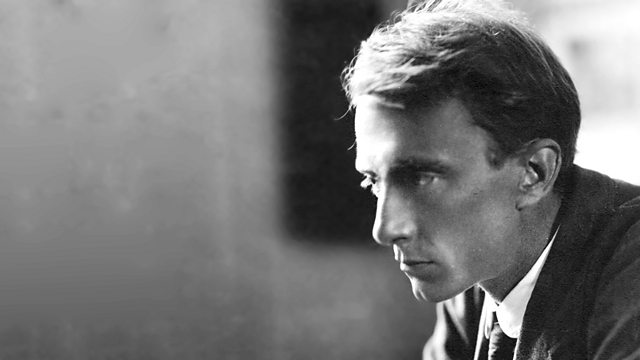 The momentous final years of poet Edward Thomas. The 1913 opening of the Poetry Bookshop sees the dawn of the New Poetry age. Read by Tobias Menzies.

A compelling exploration of the making of one of Britain's most influential First World War poets - Edward Thomas, who is perhaps best-remembered for his poem 'Adlestrop'.

Matthew Hollis's new biography is an account of Thomas's final five years and of his momentous and mutually-inspiring friendship with the American poet, Robert Frost.

But as his friendship with Frost blossomed, Thomas wrote poem after poem, and his emotional affliction began to lift. The two friends began to formulate poetic ideas that would produce some of the most remarkable verse of the twentieth century. But the First World War put an ocean between them: Frost returned to the safety of New England, while Thomas stayed to fight for the Old. It is these roads taken - and those not taken - that are at the heart of this remarkable book, which culminates in Thomas's tragic death on Easter Monday 1917.

'Now All Roads Lead to France' is published by Faber and Faber.

Matthew Hollis is the author of a volume of poetry, 'Ground Water', which was shortlisted for the Whitbread Prize for Poetry, the Guardian First Book Award and the Forward Prize for Best First Collection. This is his first prose book.