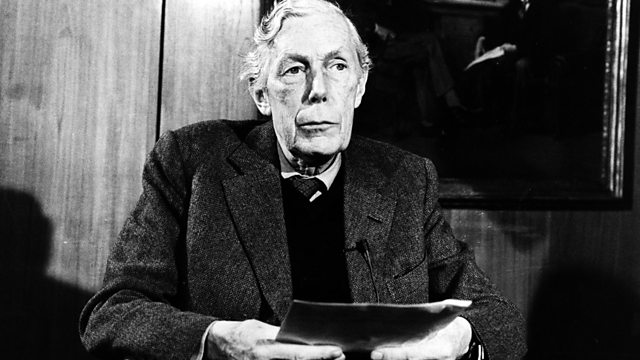 4 Extra Debut. Spies revealed - Brian Sewell and other former students discuss the impact Anthony Blunt had on the worlds of art and espionage.

In this edition of The Reunion, Sue MacGregor reunites five past pupils of London's Courtauld Institute of Art, which pioneered the teaching of art history, has produced countless stars of the art and museum world, and whose most famous Director was the fourth man in the infamous Cambridge spy ring.

On the 15th November 1979, Anthony Blunt was exposed as a Soviet spy. The former Cambridge don was at the peak of his career as an art historian - he was Surveyor of the Queen's Pictures, had received a knighthood, and as director of the Courtauld Institute, had made it one of the most prestigious centres for the study of art history.

The news was greeted with outcry by the public for whom Blunt represented elitism and sordid decadence. Blunt was stripped of his knighthood, hounded by the press, and never returned to the Institute he had dedicated his life to. But to his students, Blunt was a remarkable tutor who had given them their careers, many as staff at the Institute.

Joining Sue around the table is: Booker-prize winning author and past tutor at the Institute, Anita Brookner; Director of the British Museum, Neil MacGregor; travel-writer Michael Jacobs; founder of the Art Newspaper, Anna Somers Cocks, and the art critic who was a close personal friend of Blunt's, Brian Sewell.