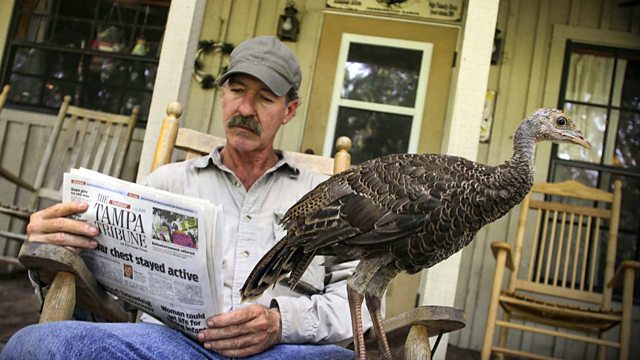 My Life as a Turkey

Wildlife drama-documentary telling the story of biologist Joe Hutto, who raised 13 endangered wild turkeys from eggs to the day they left home.

Biologist Joe Hutto was mother to the strangest family in the world, thirteen endangered wild turkeys that he raised from egg to the day they left home.

For a whole year his turkey children were his only companions as he walked them deep through the Florida Everglades. Suffering all the heartache and joy of any other parent as he tried to bring up his new family, he even learnt to speak their language and began to see the world through turkey eyes. Told as a drama documentary with an actor recreating the remarkable scenes of Joe's life as a turkey mum.

See all clips from My Life as a Turkey (5)