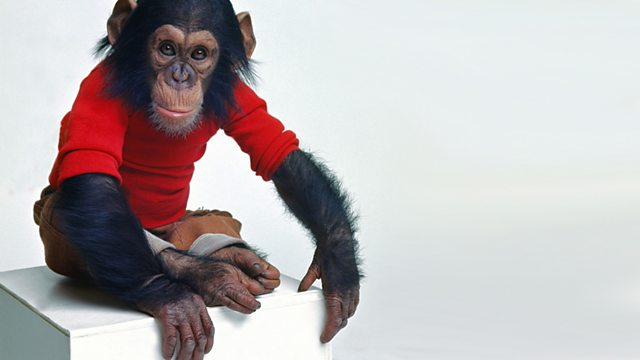 Project Nim The Oscar and BAFTA winning filmmaker behind 'Man On Wire', James Marsh, discusses his new film - the story of Nim the chimpanzee. In the 1970s Nim became the focus of a landmark experiment which aimed to show that an ape could learn to communicate with language if raised and nurtured like a human child. Following Nim's extraordinary journey through human society, and the enduring impact he makes on the people he meets along the way, the film is an unflinching and unsentimental biography of an animal we tried to make human. Film critic Paul Gallagher also reviews the film for us.

Rise of The Planet of The Apes - Actor David Oyelowo discusses this highly anticipated prequel to the Planet of the Apes. This cautionary tale blends science fiction and science fact, and depicts how mankind's hubris leads to the development of intelligence in apes and the onset of a war for supremacy. Film critic Paul Gallagher also reviews the film for us; he will compare and contrast it with Project Nim

'Reelscotland' has just been named the 10th best website in Scotland by The List, the only film site in a list of 30. They are currently in the midst of a revamp and the man behind it all, Jonathan Melville, will tell us all about it and give us an update the mobile cinema, 'Screen Machine' which is soon to head up to the Outer Hebrides .

The Guard - We hear from the writer and directer John Michael McDonagh about this critically acclaimed film which stars Brendan Gleeson as an unorthodox Irish policeman who joins forces with a straitlaced FBI agent, (played by Don Cheadle,) to take on international drug smuggling. Film critic Paul Gallagher also reviews the film for us.