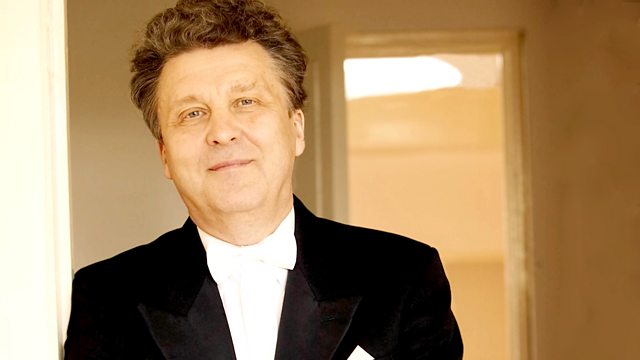 Chief Guest Conductor of the BBC Philharmonic, Vassily Sinaisky, continues his exploration of less-frequented corners of the repertoire, proceeding from an invigorating British concert-opener to an uncommon yet inescapably familiar concerto.
Inspired by the fact that Bach and Beethoven arranged their own violin concertos for the keyboard, Dejan Lazić has done the same for the Brahms with engagingly idiomatic results.
Julian Lloyd Webber is an ardent champion of Holst's Invocation. The concert ends with the masterpiece that put Elgar's name on the world's musical map, with his affectionate sketches of 'friends pictured within' - a firm favourite that retains its own aura of mystery.

This Prom will be repeated on Tuesday 16th August at 2.30pm.