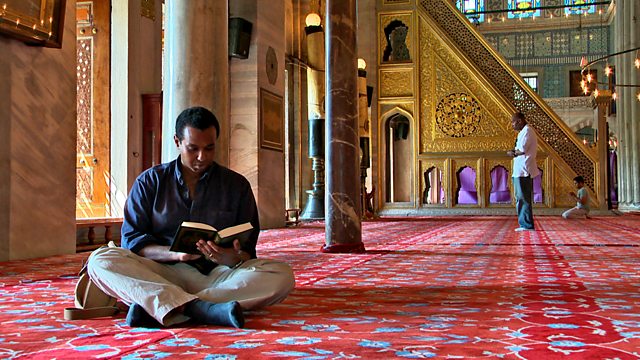 The Life of Muhammad
Episode 3 of 3

Concluding the series, Rageh Omaar analyses key events of the later part of Muhammad's life, including the introduction of the Sharia moral code and the concept of jihad.

In the final episode of The Life of Muhammad, presenter Rageh Omaar continues to chart the story of The Prophet Muhammad. Drawing on the expertise and comment from some of the world's leading academics and commentators on Islam, Omaar analyses and investigates key events during the later part of his life, including the introduction of a moral code known as Sharia and the concept of Jihad. The programme also explores Muhammad's use of marriage to build alliances, and looks at the key messages included in his final sermon.

In line with Islamic tradition the programme does not depict any images of the face of Muhammad, or feature any dramatic re-constructions of Muhammad's life.

See all episodes from The Life of Muhammad