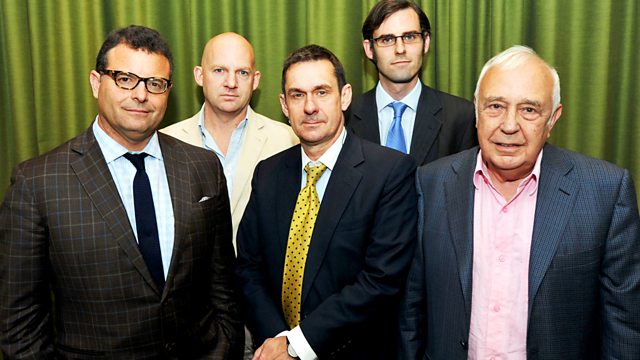 What caused the financial mess we're in? And how do we get out of it? Two of the great economic thinkers of the 20th century had sharply contrasting views: John Maynard Keynes believed that government spending could create employment and longer term growth. His contemporary and rival Friedrich Hayek believed that investments have to be based on real savings rather than increased public spending or artificially low interest rates. Keynes's biographer, Professor Lord Skidelsky, will take on modern day followers of Hayek in a debate at the London School of Economics. Paul Mason, economics editor of Newsnight, is in the chair.

Speakers:
Lord Robert Skidelsky, Emeritus Professor of Political Economy at the University of Warwick and author of a three-volume biography of the economist John Maynard Keynes.

George Selgin, Professor of Economics at The Terry College of Business, University of Georgia. Prof Selgin is one of the founders of the Modern Free Banking School, which draws its inspiration from the writings of Hayek.

Duncan Weldon, a former Bank of England economist, works as an economics adviser to an international trade union federation. He has a long standing interest in and admiration for Keynes but also a respect for Hayek. He blogs at Duncan's Economic Blog.

Jamie Whyte, Head of Research and Publications at Oliver Wyman, a strategy consulting firm specialising in the financial services industry. In February 2011 he presented an edition of Radio 4's Analysis series in which he looked at the revival of interest in the economic theories of Hayek.

The debate was recorded before an audience on 26th July at the LSE.

The event has the hashtag #lsehvk.