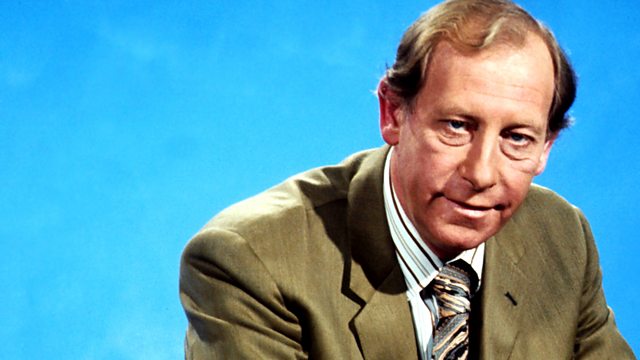 Getting to Know My Father

For Radio 4, Today presenter, Justin Webb goes on a personal journey through the archive to get to know his father; journalist and BBC man Peter Woods.

For Radio 4, Today presenter, Justin Webb goes on a personal journey through the archive to get to know his father; journalist and BBC man Peter Woods.

Justin met him only once, when he was six months old, but despite not knowing him Peter was omnipresent when he was growing up. Whether reporting from Berlin when the wall was built, or presenting the BBC's first colour news programme, he dominated the news. Using the archive to piece together his career, from the 1950s tabloid journalism through to his comedy cameos in the 1980s, Justin tells the story of his father's on-screen life, and that of his secret son whose career was happening in parallel.

Getting To Know My Father takes the listener back to 1960s Fleet Street, '70s newsrooms, and the halcyon days of the alpha-male journalist and the hard-living culture that eventually interfered with Woods' career, as Justin's colleague, John Humphreys reveals:
'How can I put this politely? Peter was very very different from you, Justin. He was colourful. You never quite knew how he was going to behave. And it did depend a little bit, I'm afraid, on how recently he'd had an encounter with the bottle".

Meeting other people who knew Peter back in his prime: comedian Michael Palin; broadcaster Angela Rippon; and former Fleet Street editor Brian Hitchen, Justin finds out what kind of man his father was:
"He was very streetwise, and very cunning. During the Suez crisis he conned the commanding officer of the parachute regiment that he could do a jump- he'd never done one before". Brian Hitchen, Daily Mirror colleague.
Building a picture of his father Justin contemplates on the man he never knew, and who never tried to contact him. Will Peter reveal himself through the archive and will Justin like the person that is uncovered?