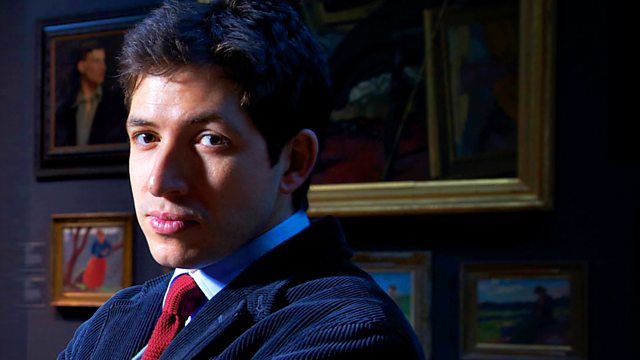 James Fox explores 20th-century British art. After the Second World War, artists turned to the figurative painting tradition to address what it means to be human.

In the decades after the Second World War, at a time when many had lost their faith in humanity, British artists turned to the great figurative painting tradition to address the biggest questions of all: what does it mean to be human and how do we create a more humane world? Such existential angst is captured in Lucien Freud's harrowing early portraits and Graham Sutherland's Pembrokeshire landscapes. Francis Bacon stared deep into his own soul to explore the human capacity for evil, while Richard Hamilton warned against the false hope of consumerism. As national pessimism gave way to a new optimism, David Hockney dared to suggest Paradise might be available to us all. But in the early 1970s, just as the world finally began to recognise the genius of Britain's painterly tradition, young artists at home turned against it.

In Search of England

See all episodes from British Masters

See all clips from A New Jerusalem (2)