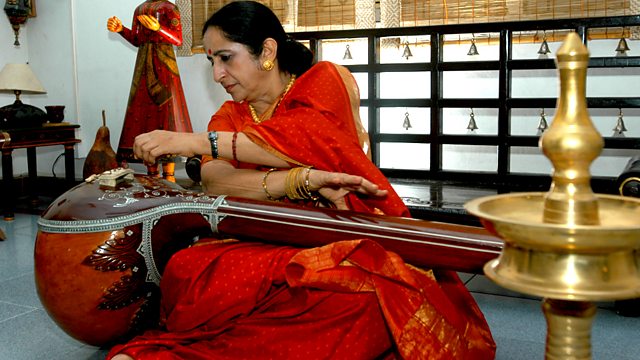 Lucy Duran and World Routes Academy protege Hari Sivanesan visit the northern Sri Lankan province of Jaffna to hear how music is faring following the end of the civil war.

For the 2011 World Routes Academy, London born veena player Hari Sivanesan, retraces his family's roots in the Northern Sri Lankan province of Jaffna, and discovers how music is faring now that the civil war is over.

Making the tricky journey to Northen Sri Lanka, along the bumpy A9 highway flanked by military checkpoints and gun posts, Lucy Duran and Hari Sivanesan head to the lively town of Jaffna, where Hari lived briefly as a baby before spending the rest of his life in London. They visit a riotous Temple Chariot Festival as the country celebrates New Year, and Hari meets and plays with one of the foremost performers in the Carnatic tradition, violinist Radakrishnan.

They watch a performance by a troupe of Vasanthan Koothu dancers, who have not been able to return to their village because of the strict military control over certain High Security Zones, and are now the sole custodians of this rural song and dance tradition. As night draws in, Hari and Lucy meet with a group of women who sing a disappearing lullaby tradition, and who also sing mourning songs. The painful reality is that each of the women has lost a husband or a son in the civil conflict that tore the country apart, and as they talk they perform these heart rending laments bringing Sri Lankas recent past into sharp focus.

The World Routes Academy is a BBC Radio 3 initiative which aims to support and inspire young UK based world music artists by bringing them together with an internationally renowned artist in the same field and belonging to the same tradition.