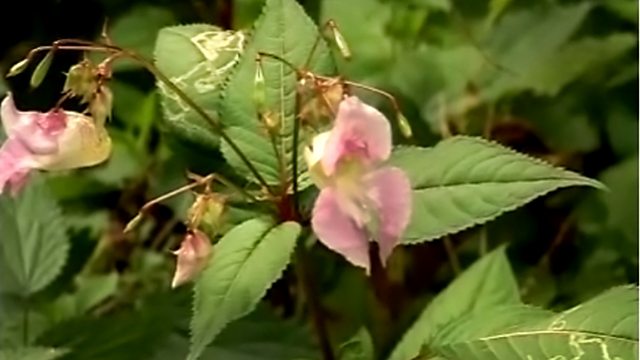 Mabey in the Wild Series 1
Episode 4 of 5

Indian balsam may be beautiful and attractive to bees, but it is the bane of river conservationists who spend weekends pulling up the plant. Richard Mabey celebrates its survival.

Indian balsam is a contentious plant. It may be beautiful and prolific, attractive to bees and first to colonise the empty mud banks of rivers - but many revile its invasiveness and accuse the plant of shading out and squeezing out native varieties. They have declared war on Indian balsam.

Richard Mabey takes a different view. He celebrates the plant that was introduced to British gardens in 1839 and then 'escaped' into the wild. He reflects on its robust nature and wonders at the wisdom of trying to eliminated it.

See all episodes from Mabey in the Wild