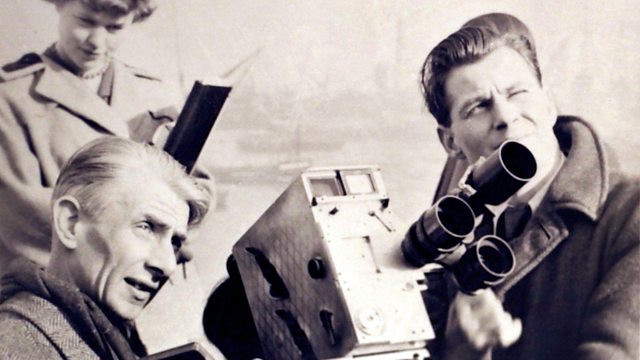 Britain Through a Lens: The Documentary Film Mob

A film telling the unlikely story of how, between 1929 and 1945, a group of tweed-wearing radicals and pin-striped bureaucrats created the British documentary genre.

The unlikely story of how, between 1929 and 1945, a group of tweed-wearing radicals and pin-striped bureaucrats created the most influential movement in the history of British film. They were the British Documentary Movement and they gave Britons a taste for watching films about real life.

They were an odd bunch, as one wit among them later admitted. "A documentary director must be a gentleman... and a socialist." They were inspired by a big idea - that films about real life would change the world. That, if people of all backgrounds saw each other on screen - as they really were - they would get to know and respect each other more. As John Grierson, the former street preacher who founded the Movement said: "Documentary outlines the patterns of interdependence".

The Documentary Film Mob assembles a collection of captivating film portraits of Britain, during the economic crisis of the 1930s and the Second World War. Featuring classic documentaries about slums and coal mines, about potters and posties, about the bombers and the Blitz, the programme reveals the fascinating story of what was also going on behind the camera. Of how the documentary was born and became part of British culture.