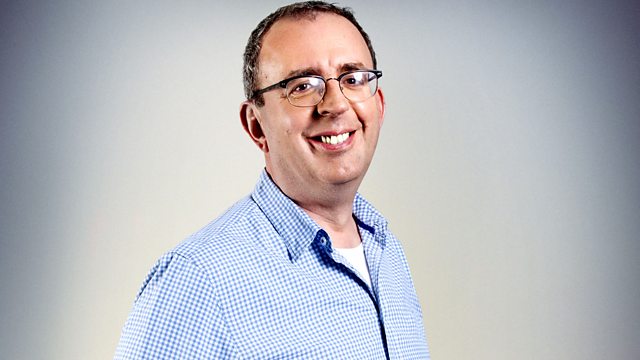 The Power of Om

Reverend Richard Coles explores the science of sacred sounds. Why does some music trigger spiritual feelings? From 2011.

Reverend Richard Coles explores the world of spiritual sound and meditation and tries to understand what it is about certain sounds and chants which gives practitioners a sense of proximity to the Divine.

He tunes into the Om, a sacred sound in several religions including Hinduism, Sikhism, Jainism and Buddhism and its vibration is believed by many to be healing. He speaks to the director of the Oxford Centre for Hindu Studies, Shaunaka Rishi Das, who states that meditation is something we all do from childhood, for example when we are focusing on something we want to buy and how to get it or when we kiss, but that it can be used for greater ends.

Richard meets neuroscientist Dr Alan Watkins of Imperial College who has worked with the Dalai Lama and his team in Tibet and found that people who meditate together showed signs of "entrainment" in their brain activity, the same phenomenon that allows flocks of birds or shoals of fish to move together. Is this the sense of "one-ness" people talk about when meditating?

Expert in comparative religion Martin Palmer suggests that there is nothing inherently sacred about chanting, but that is a trick whose powers can be harnessed by despots as well as for good.

Jem Finer of The Pogues, writer of their greatest hit Fairytale of New York, talks about his Longplayer project, a musical composition based on the meditative sound of Tibetan singing bowls and designed to play continuously for 1000 years.

Richard also hears from the nuns at Saint Cecilia's Abbey on the Isle of Wight, who sing Gregorian chant every day in its original form. What does the power of the Mother Note in Gregorian chant have in common with the mantra recitations of the Hindu tradition?

A Juniper production first broadcast on BBC Radio 4 in July 2011.