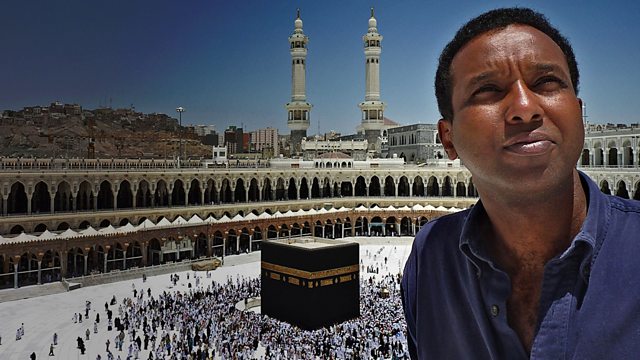 The Life of Muhammad
Episode 1 of 3

Rageh Omaar presents a series charting the life of Muhammad. Beginning in Muhammad's birthplace of Mecca, he investigates the Arabia Muhammad was born into.

In a ground-breaking first for British television, this three-part series presented by Rageh Omaar charts the life of Muhammad, a man who - for the billion and half Muslims across the globe - is the messenger and final prophet of God.

In a journey that is both literal and historical, and beginning in Muhammad's birthplace of Mecca, Omaar investigates the Arabia Muhammad was born into - a world of tribal loyalties and polytheistic religion.

Drawing on the expertise and comment of some of the world's leading academics and commentators on Islam, the programme examines Muhammad's first marriage to Khadijah and how he received the first of the revelations that had such a profound effect both on his life, and on the lives of those closest to him.

See all episodes from The Life of Muhammad