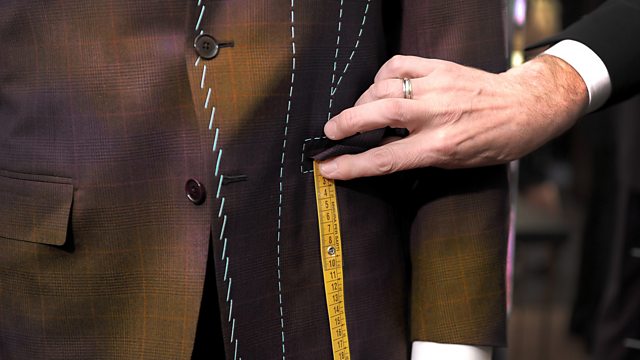 Three elderly tailors, a trouser-maker, a coat-maker and a waistcoat-maker, have been commissioned to make a bespoke suit for an up and coming politician. They have worked together for decades but have only met very rarely, although increasingly, these days, at their colleagues' funerals. The suit has been designed by Mrs White, a mysterious woman whom they've never met. Mrs White has imposed very strict rules about secrecy, and all off-cuts have to be returned to her. The suiting fabric supplied is also unusual. It seems to change colour and quality with the mood of the tailors, and to move against the needle in a sentient manner. As the garment takes shape, it begins to have a powerful effect on anyone who comes into contact with it.

A BBC/Cymru Wales production, written and directed by Anita Sullivan.

Nick Payne - The Day We Caught the Train