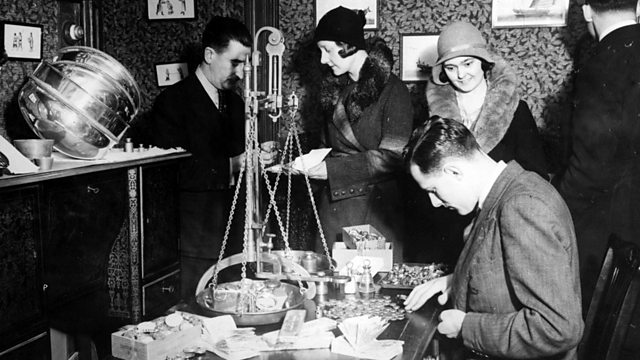 Is the Euro the New Gold Standard?

Jonathan Freedland is joined by Norman Lamont to discuss Britain's departure from the Gold standard in 1931. And see what lessons there are for Greece and the Euro today.

Jonathan Freedland is joined by Norman Lamont and historian Patricia Clavin to discuss how Britain's departure from the Gold standard in 1931 sheds light on the predicament of Greece and the Euro today. It's a shared story of economic collapse, austerity measures, mass protest and the international money markets. All in the context of a currency network that arguably hindered instead of helped its crisis hit members. Britain left the Gold standard in 1931, but would Greece benefit from leaving the Euro today?

Image: A man weighing gold, after the lifting of the Gold Standard encouraged people to sell their gold jewellery and ornaments, 1931.

HMS Challenger and the Space Shuttle

BBC Salford and the Manchester Guardian