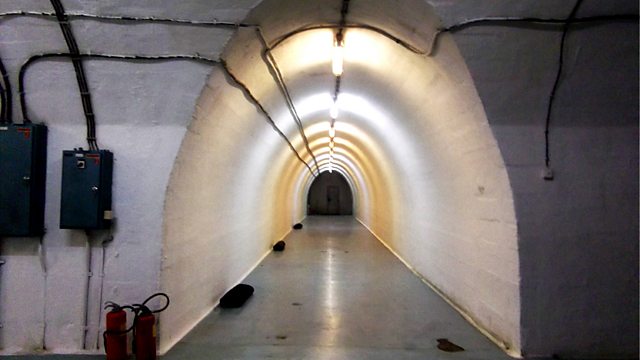 This journey inside a mountain in Bosnia reveals the unlikely location for a new festival of contemporary art, which aims to help move the country on from a mindset haunted by war. In May 2011, the 1st Time Machine Biennial opened in what might be the strangest art-space ever: a vast, underground bunker, originally built for President Tito and the Yugoslavian military leadership to survive in the event of nuclear attack from Russia - Yugoslavia having been expelled from the Cominform group of soviet nations as far back as 1948.

The ARK bunker (the initials stand for Atomska Ratna Komanda - Atomic War Command) took 26 years to build, 280 feet inside a mountain overlooking the town of Konjic, near Sarajevo, behind an entrance disguised by three very ordinary-looking houses. The 75,000 sq ft, U-shaped, concrete labyrinth contains facilities for 350 people to survive for 6 months, and the fixtures and fittings are perfectly preserved.

Although a nuclear attack never happened, a technologically cruder, brutal, civil war certainly did. And it was as a result of that war that the previously secret bunker was discovered and handed over to the Bosnian army. In 2009, a committee of art historians, some from Sarajevo, some from Belgrade, secured financial backing for the Biennial from the Council of Europe to hold this new festival in the bunker.

Forty five artists were selected, roughly half of whom come from the republics of former Yugoslavia, and the rest representing Russia and the Baltic States, Germany, Austria, Bulgaria, the USA and the UK. Bob Dickinson travelled to Konjic for the opening, witnessed challenging examples of new art from the region, and interviewed artists, organisers and local people who, until recently, never knew the ARK bunker existed.