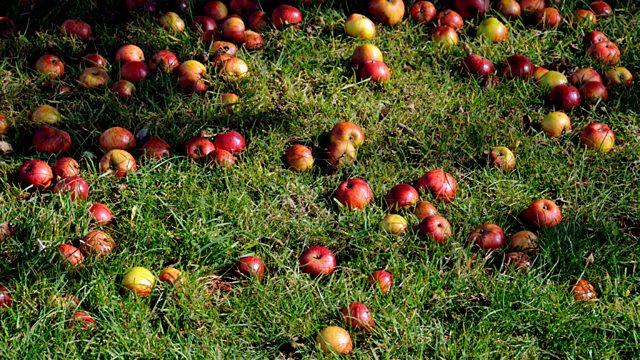 Texts and music inspired by apples, with readings by Olivia Williams and Oliver Ford. Including Keats, Kafka and Christina Rossetti plus Schumann, Purcell and Janacek.

Olivia Williams and Oliver Ford Davies read poems and prose inspired by apples with work by Keats, Kafka and Christina Rossetti and music by Schumann, Purcell and Janacek.

Apples are such a common place food and yet have been deployed in literature and myth to mean much more than the crisp bite and juicy, healthy froth on the tongue. They are a symbol of temptation, seduction and the fall of man as well as, in the savouring of the old names of disregarded varieties, a sort of nostalgic longing for an England of abundant orchards.