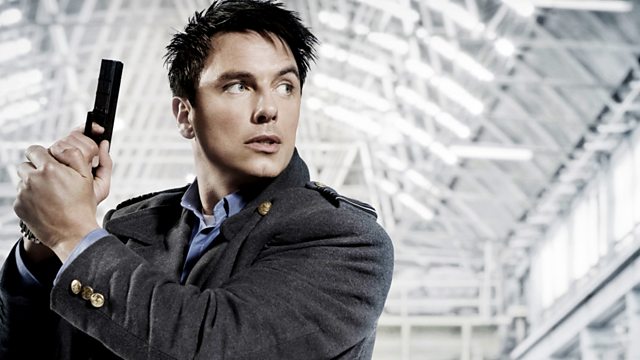 By Ryan Scott. A distress signal lures Torchwood to the deepest part of the ocean, the Mariana Trench. Stars John Barrowman and Eve Myles.

In Ryan Scott's episode, Torchwood are chasing aliens down the M4, when Jack accidentally blows a hole in the Severn Bridge, and the SUV hits the water. Whilst submerged John, Gwen and Ianto hear a strange noise, which, back at the Hub they realise is a cry for help. They track the cry to its source which turns out to be the deepest part of the Ocean - the Mariana Trench. Ianto rings old Torchwood flame, Carlie Roberts, who's an expert in marine geology, and Jack pulls strings with the US government to get them all on board the USS Calvin, an Arleigh Burke class destroyer, which is heading for the Trench. From there they board the Octopus Rock, the only submarine built to withstand the pressure at that depth, and follow the signal. But when the Submarine crashes, the team are left at the mercy of a hungry alien.

The Devil and Miss Carew—Torchwood - The Lost Files

The House of the Dead—Torchwood - The Lost Files