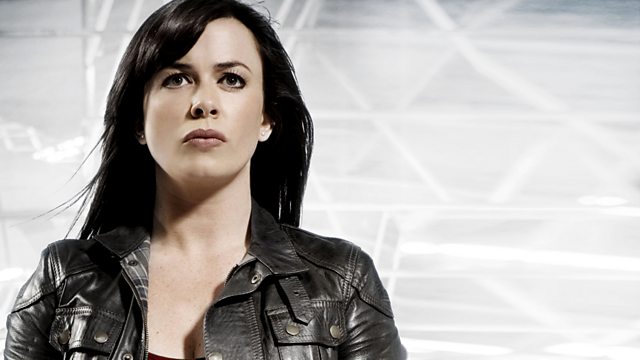 The Devil and Miss Carew

An alien with an aversion to electricity threatens to take Earth back to the dark ages. Stars John Barrowman and Eve Myles. From July 2011.

When Rhys's elderly Uncle Bryn has a heart attack while listening to the shipping forecast, it seems like another routine death at Ivyday Nursing Home. But when Rhys and Gwen go to collect the old man's effects, Gwen's suspicions are roused by another elderly resident. The conversation is cut short, though, by a fire alarm, one of many consequences of the mysterious power cuts that are sweeping the nation. Gwen has a hunch that something is wrong and her search leads her to Miss Carew, a suspiciously fit and strong octogenarian who, despite having supposedly terminal heart disease, has left Ivyday and gone back to work at the Computer firm she used to run. Miss Carew has been offered a deal by Fitzroy, a wandering alien with an aversion to electricity who is looking for a home. It's a deal that Miss Carew can't refuse. But the consequences for planet Earth are unthinkable.