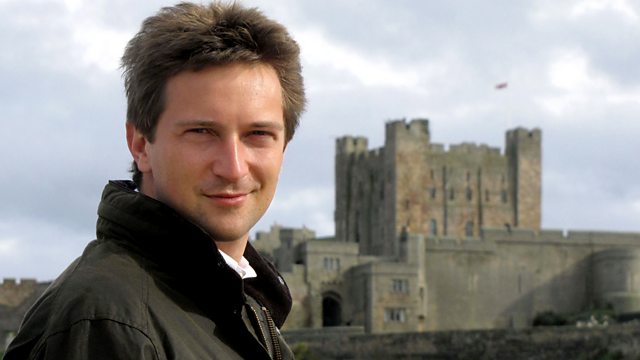 Guilty Pleasures: Luxury in...
Episode 2 of 2

A look at the clash between luxury and Christianity in medieval Europe and how the Black Death paradoxically liberated it from the church.

Luxury isn't just a question of expensive and the beautiful objects for the rich and the powerful. It has always been much more important than that, especially in the ancient and medieval worlds.

This second episode follows the clash between luxury and Christianity which convulsed medieval Europe. Luxury was a roadblock on the road to heaven, so the church was quick to condemn the jewellery, gorgeous weapons and pattern-welded swords of the early medieval world. Yet the church also had its own form of luxury, in the form of spectacular manuscripts designed to do the work of God through astonishment and display. And to some extent it worked, as by 1200 medieval boys' toys like warhorses and tournaments came to be suffused with Christian ideas of chivalry and gentility.

But by that time the growth of trade had brought new luxuries to Europe, condemned in turn by the church, like exotic spices from the East. Spicy food led to spicy conduct, said the preachers, and to the sin of lechery. But soon the Black Death paradoxically liberated luxury from the church by initiating a new world of relative luxury and consumerism - the luxury world we inhabit today.

See all episodes from Guilty Pleasures: Luxury in...