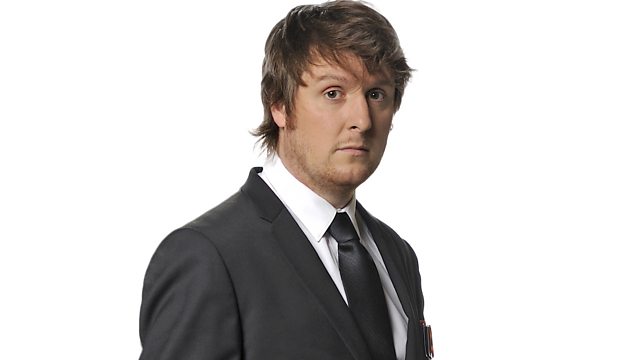 Poet and comic, Tim Key sleuths out what makes a great literary opening line. With Mark Watson and Joe Dunthorne. From 2013.

Truths universally acknowledged. Clocks striking 13. Bests and worsts of times. A truly great opening line can make a novel iconic. But what makes these famous first sentences sing to us?

Comedian and poet Tim Key is on the case!

After chasing down the meaning of Nikolai Gogol's enigmatic short story "The Overcoat", Tim tries to sleuth out what makes a great literary opening line with the help of author Joe Dunthorne, comedian Mark Watson, and literary critics Maureen Freely and John Sutherland.

You see, Tim's desperate to write his first novel - it's in him, just waiting, waiting to be unleashed. If only he could think of a good beginning with the ultimate opening line...

Tim also tries to galvanise his imagination - taking a spin of one of the world's strangest literary board games...

The pressure's on, as we hear a roll-call of some of the finest and most famous first lines in publishing history - from Dickens to Dostoevsky to uh, Dan Brown.
Overwhelmed with information, we also hear a crash course on what not to do - as Tim visits Knebworth House, ancestral pile of a man whose most famous first sentence is legendary for all the wrong reasons: Edward Bulwer-Lytton, author of the infamous "It was a dark and stormy night..."

Finally it's time to try out Tim's sentence of the unsuspecting public, as he visits the award-winning Brick Lane Book Club for a focus group...before in the final moments, he unleashes that killer first sentence on the world...(so then Tim: what comes next?).