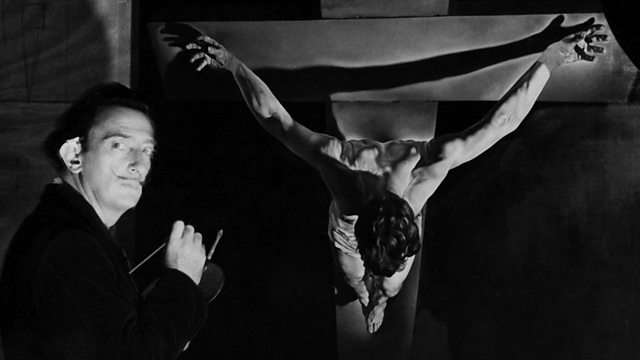 1/1
In 2005 Dali's Christ of St John of the Cross was voted Scotland's favourite painting in the Herald newspaper, but it's had a torrid relationship with its home city of Glasgow over its 50 year existence. It was bought for the then earth-shattering price of £8,200 by Dr Tom Honeyman, the head of the city's art galleries in 1952. But Honeyman was no ordinary curator and the Dali was no ordinary painting. From the start there was uproar: art students, religious bigots, critics, stingy rate-payers were all appalled that Honeyman had spent so much money and bought this atypical Dali with its mesmerising stigmata-less, floating crucifixion. But Honeyman put them at defiance: not for him the baggage of an elitist arts background, he had trained and practised as a Glasgow doctor among the poor of the city. He saw himself as a showman, whose job was to show pictures and to pull the people in. He recognised from the first the unique pulling power of this extraordinary painting which has stormed the hearts of Glaswegians. The painting can't be so much as moved within the gallery without exciting comment and opinion from the public to whom it is THEIR painting - how dare some curator move it! How to explain such an extraordinary outpouring of feeling about a single work of art? Crime writer Louise Welsh gets on the case to examine the remarkable love/hate affair between Glasgow and the Dali.