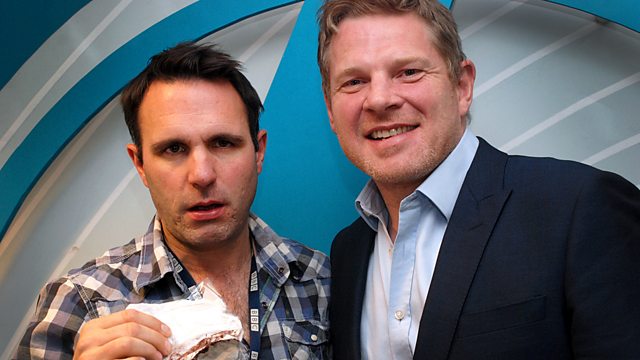 Shaun brings three hours of music from The Kills to Kraftwerk, The Beatles to The Band. Plus a cynical romp through the day's news, enough to keep you entertained until lunch.

Shaun does wonders for your ears from his impeccable taste in music, to A-list guests. Shaun is joined live in studio by Matt Everitt for an irreverent take on the day's music news. And as for the soundtrack? We're talking...The Smiths, The Beatles, Friendly Fires, Bon Iver, Emmy The Great, A Tribe Called Quest, Bowie, Prince, MGMT... need we go on?

All this plus author Richard Johnson chats about the new culture of high end street food. Inspired by a trip to New York with Marco Pierre White, Richard has spent months meeting, greeting and eating the best of British street food. Talking with chefs who are doing great things in a kitchen the size of a postage stamp.

Forget expensive restaurants - Richard tells Shaun that some of the best food around is being served straight from the back of trailers, carts and vintage vans. A grass roots revolution is happening in British food with vendors serveing up delicious meals that are prepared and cooked right in front of you. They offer only a few dishes but they do them to perfection. What's more, they work with the seasons and use fresh local, ingredients as a matter of course, being cheaper and easier to source. And, in a modern world of twitter and facebook it's easy to tell your customers where you'll be at short notice.