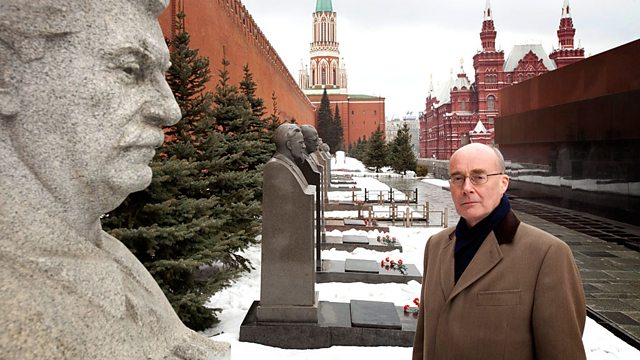 Travelling to Russian battlefields and using original telegrams and official documents, David Reynolds reassesses Stalin's role in the struggle between Germany and Russia in WWII.

Marking the 70th anniversary of the Nazi invasion of the Soviet Union in 1941, historian Professor David Reynolds reassesses Stalin's role in the life and death struggle between Germany and Russia in World War Two, which, he argues, was ultimately more critical for British survival than 'Our Finest Hour' in the Battle of Britain itself.

The name Stalin means 'man of steel', but Reynolds's penetrating account reveals how the reality of Stalin's war in 1941 did not live up to that name. Travelling to Russian battlefield locations, he charts how Russia was almost annihilated within a few months as Stalin lurched from crisis to crisis, coming close to a nervous breakdown.

Reynolds shows how Stalin learnt to compromise in order to win, listening to his generals and downplaying communist ideology to appeal instead to the Russian people's nationalist fighting spirit. He also squares up to the terrible moral dilemma at the heart of World War Two. Using original telegrams and official documents, he looks afresh at Winston Churchill's controversial visit to Moscow in 1942 and re-examines how Britain and America were drawn into alliance with Stalin, a dictator almost as murderous as the Nazi enemy.