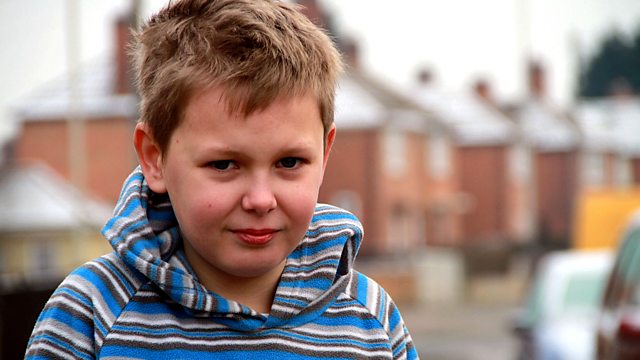 Documentary telling the stories of some of the 3.5 million children living in poverty in the UK. They give their thoughts on their situation and their future prospects.

Documentary telling the stories of some of the 3.5 million children living in poverty in the UK. It is one of the worst child poverty rates in the industrialised world, and successive governments continue to struggle to bring it into line. So who are these children, and where are they living? Under-represented, under-nourished and often under the radar, 3.5 million children should be given a voice. And this powerful film does just that.

Eight-year-old Courtney, 10-year-old Paige and 11-year-old Sam live in different parts of the UK. Breathtakingly honest and eloquent, they give testament to how having no money affects their lives: lack of food, being bullied and having nowhere to play. The children might be indignant about their situation now, but this may not be enough to help them. Their thoughts on their futures are sobering.

Sam's 16-year-old sister Kayleigh puts it all into context, as she tells how the effects of poverty led her to take extreme measures to try and escape it all.

Poor Kids puts the children on centre stage, and they command it with honesty and directness. It's time for everyone to listen.