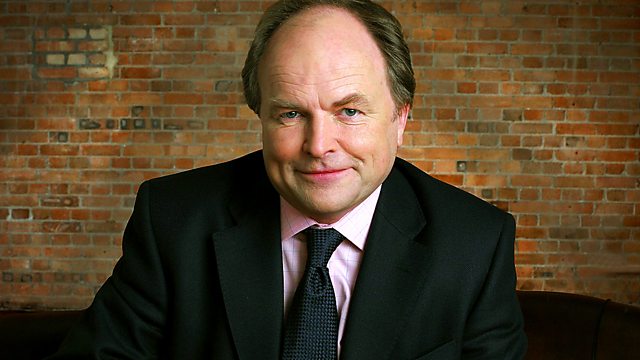 Stuart Maconie is a BBC Radio stalwart - he can be heard on 6Music alongside his partner Mark Radcliffe or on the network's weird and wonderful music show The Freak Zone. And he's an accomplished author too. He's explored the North in his book Pies and Prejudice, his search for Middle England in Adventures on the High Teas. His latest book Hope and Glory looks at the defining moments of modern British history and how it's shaped the nation today.

He's been in feature films including The Patriot, Green Zone and the Harry Potter series and on TV in The Curse of Steptoe, The State Within and Brotherhood. Now Jason Isaac can be seen playing the enigmatic private detective Jackson Brodie in BBC One's Sunday night drama Case Histories based on the books of Kate Atkinson.

Emma Freud talks to Helen Fielding, the creator of Bridget Jones. She began as a BBC producer, working on the live broadcast from the Sudan in Comic Relief's early days. Helen is now an Ambassador for Save the Children and is championing their campaign to persuade world leaders to fund vaccines for the developing world.

We have bourbon soaked gypsy blues from The Urban Voodoo Machine (all eleven of them) who perform two tracks Go East and High Jeopardy Thing from their new album In Black 'N' Red.