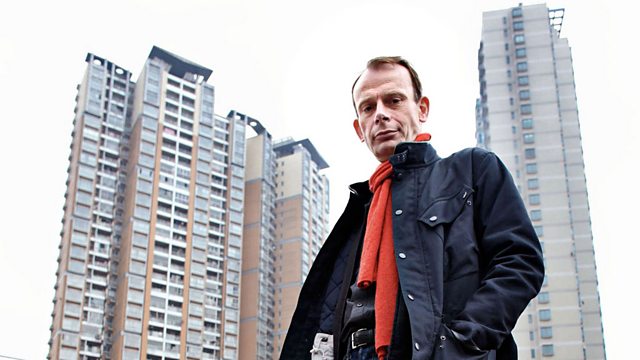 Cities on the Edge

Andrew Marr takes a look at safety and security, two of the biggest challenges faced by each and every metropolis, visiting Tokyo, London and Mexico City.

Safety and security are two of the biggest challenges faced by each and every metropolis. Whether earthquake, terrorism, flood or just crime, it's the geology, politics and social makeup of the megacities that make them some of the most profitable and dangerous places to live.

Andrew starts in Mexico City, the kidnap capital of the world. The compactness of the megacity often means that the super rich must live closely beside the super poor. Andrew finds out how evasive driving and bulletproof vests are protecting Mexico's super rich and middle classes.

In London, he joins a Metropolitan Police riot unit on a practice routine, and hangs out with boy racers in Tokyo. And he meets the canine helpers responsible for saving lives in the event of terrorist attack.

Tokyo, Mexico City, Dhaka - the megacities are victims of their shifting geologies. Andrew explores how sea levels, earthquakes and floods are putting some of our most promising cities at risk.

Living in the City